The latest EP from Sonic Construction. Release date 28th May 2021.

“One planet – two species and things are not going to end well.”

The story starts with an alien colony discovered on the far reaches of the planet – an amazing and beautiful city which has stood for thousands of years inhabited by a peaceful tribe of alien creatures.

They pose no threat to man, just enjoy going about their business: smoking the odd joint, hanging around in wooded areas (for some reason), lighting small fires in tree stumps and often succumbing to random bouts of shockingly bad dancing.

Unfortunately something is lost in the translation when Man rocks up feeling rather inferior and rather than trying to work out some kind of a peaceful co-habitation arrangement Man gets out his trusty flame thrower to “see what happens” and long war is started.

Devastation is the only natural conclusion.

Melting Faces
We start off at the jugular with “Melting Faces” which is a crazy syncopated heavy Drum and Bass track. “This was inspired by Swing music from the 60s, I’ll admit it turned out a little different” — Alan. This depicts the Aliens being happy and endulging in their awful dancing and generally being friendly.

Fear of Survival
Next up we have the epic sounding “Fear of Survival” – a heavy bouncing jump up track with atmospheric breakdowns. The story continues: Man shows up, discovers the colony and starts prodding to see what happens. Not in a nice way.

Gentle Devastation
Track three – “Gentle Devastation” and we have a more chilled roller with a mind blowing, soaring, disgustingly filthy bass line taking us through a sophisticated and beautiful landscape. The strings and pads in this track are sublime and just have to be heard. The fate of our peaceful aliens is sealed when the vocal in the last breakdown concludes “the only safe thing to do” is to destroy them.

Skullsaw
We end with “Skullsaw” which sounds wholly unsavoury and from the sound of the beats it pretty much is! A powerful and heavy 2 step number with a humongous breakdown – Sonic Construction production at its best!

Bass Calling is proud to present the latest EP from Sonic Construction, which is bursting with rinsed Drum and Bass mayhem and is sure to set the dance-floor alight, and probably take a small army grade flame thrower to it afterwards.

Alan Mathers AKA Sonic Construction is renowned for producing cone melting bass lines and crazy syncopated beats has been busy again .. and the result is sure to raise eyebrows at the very least! 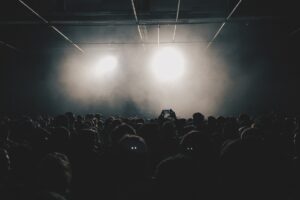